Venture into a bar or liquor store looking for whiskey, and the vast array of bottles on the shelves can be intimidating. And not just for the uninitiated but also for some seasoned whiskey drinkers. Gaining a better understanding the wide range of whiskey flavors and characteristics can help you discover the ones that suit your taste buds.... 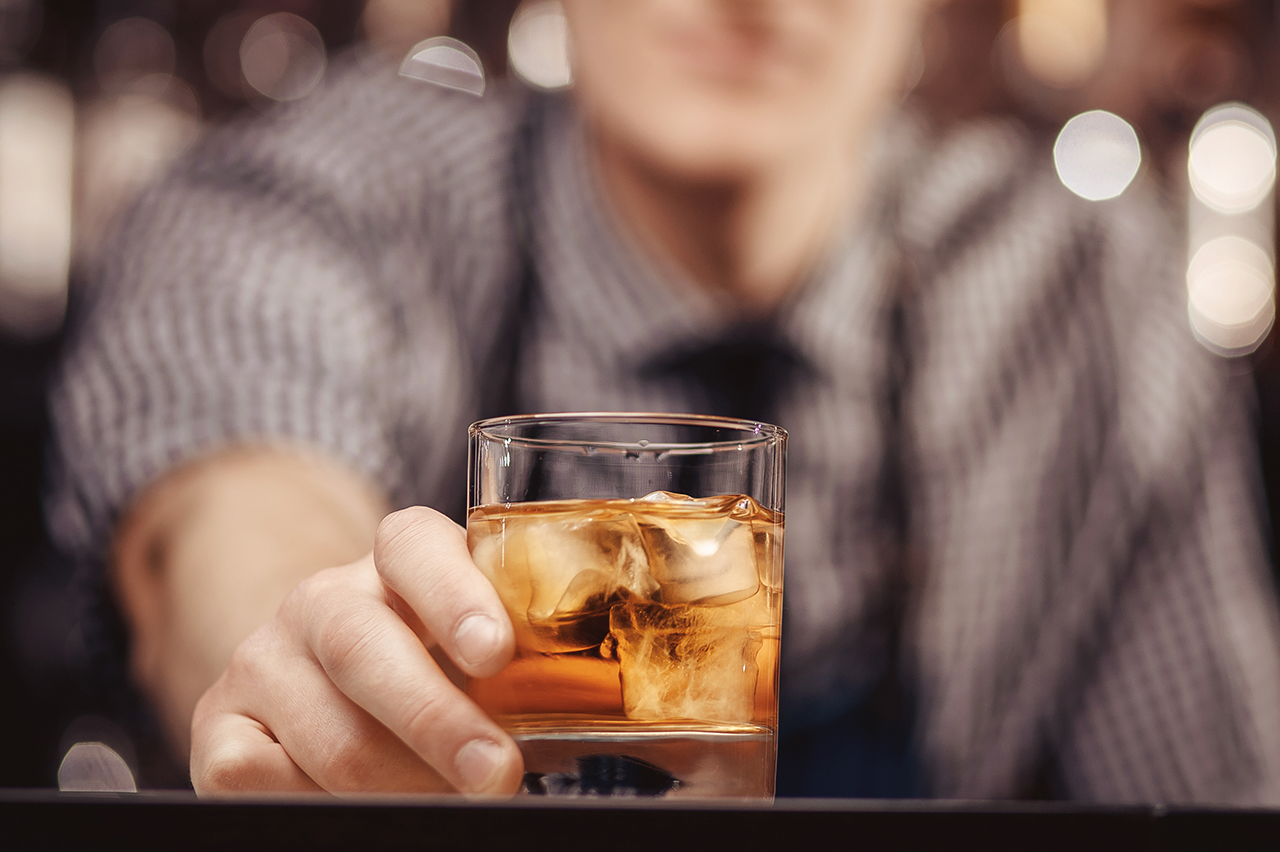 The differing spellings of whiskey and whisky evidently come from the variations in Gaelic in Scotland and Ireland where the golden spirit originated. The terms "uisge beatha" and "uisce beatha," meaning water of life, evolved into "whisky" in Scotland and "whiskey" in Ireland.

It's thought that the large influx of Irish immigrants to America in the 18th century influenced American distillers to adopt whiskey with an "e," while Canada and Japan use the Scottish spelling of whisky. The Scots and the Irish both claim to have produced the first whiskey, but its true origin is lost in time and may never be known. We're just grateful to whichever nation it was.

Many types of whiskey are produced in America, with the main ones being bourbon, rye, and Tennessee whiskey. Whiskey made from wheat, corn, and malt also has its followers. While American whiskey can be blended, the majority of production is classed as “straight” and has to meet strict legal requirements.

Straight whiskey must be made with at least 51% of the principal grain, cannot exceed 80% alcohol by volume (ABV) in the mash, and must be aged for at least two years in new charred oak casks, which adds to the distinctive flavors. No coloring or flavoring can be added.

America's most popular whiskey is Bourbon. It's a common misconception that bourbon has to be produced in Kentucky, from where it originated, but it can be made anywhere in America. However, Kentucky distillers are proud to label their products as Kentucky Straight Bourbon Whiskey.

Bourbon has to be made with at least 51% corn in the mash, although distillers typically use around 70% corn, before adding other grains. It will be matured for two years or more before bottling. The flavor of different bourbons varies according to the mixture of grains used by the distiller. Typically, the taste is sweet with hints of caramel and vanilla, along with an oaky aroma.

Made to the same standards as bourbon, rye whiskey is produced with at least 51% rye, along with corn and malted barley. The rye mash gives the whiskey a sharper, spicier bite, and the finished product has a dryer and more earthy flavor than the distinctly sweeter, caramel taste of bourbon.

While Tennessee whiskey makers don't like their product being called bourbon, it could be classified as such. It's made from at least 51% corn and has a similar sweet caramel flavor. What makes it unique is that it must be produced in Tennessee, and before being put into barrels for aging, it has to go through an additional process.

Known as the Lincoln County Process, this involves the whiskey being filtered through charcoal chips made from maple wood. This extra filtration takes out some harshness, giving the whiskey a smoother and more mellow flavor with hints of oak and maple.

Single malt Scotch whisky must be made from 100% malted barley and produced in one batch by a single distillery. It improves with longer aging, and the older a single malt whisky is, the more it costs. Blended Scotch whisky is made by combining malt whisky with maize or wheat whisky. Each distillery uses a different blend to create its signature flavor.

With over 100 distilleries in Scotland, the flavor of Scotch whisky varies greatly. The taste can also depend on the region in which it's produced and the type of barrels used for aging. Islay distilleries use barley that's been heated over peat fires, giving the whisky a unique smoky flavor. Speyside and Lowland whiskies tend to taste a little sweeter and lighter.

Irish whiskey is produced under similar regulations to Scotch. It must be produced in Eire or Northern Ireland, contain malted barley, and be aged for three years in wooden casks. Caramel coloring can be added to give the whiskey a deeper, richer color. Unlike Scotch, the barley in Irish whiskey is dried in a closed kiln and then triple distilled, giving it a mellower and smoother taste than Scotch, without the smokiness.

Originally made from rye, Canadian whisky now has a higher corn content that makes it lighter, smoother, and less sweet than American whiskeys. It must be made in Canada and aged for at least three years in new or used wooden barrels. Distillers generally use a base whisky with high alcohol content mixed with a low-alcohol flavoring whisky to create the ideal blend of strength and flavor. Coloring and flavoring can be added to the blend.

Japan first began distilling whisky in the 1920s with a process based on the traditions of Scotch whisky. Because of that, Japanese whisky has very similar flavor characteristics to Scotch. It was only in April 2021 that stricter regulations were introduced for the production of Japanese whisky. It must be made in Japan, malted grain must be used in the mix, and it has to be matured in wooden barrels for three years. Only Japanese water can be used in production, and the only additive allowed is caramel coloring.

You may have already found your favorite whiskey. But if not, with so many types of whiskey to choose from and the wide variety of flavors, finding the ones that suit your palate will be an enjoyable quest.