BOURBON VS RYE
THE MAIN DIFFERENCES

When you ask a bartender for a Manhattan, they will ask you a simple question — rye or bourbon? While both dark liquors have a long history in North America, specifically in the American South, their varied ingredients create two very different flavor profiles. Understanding the difference between rye and bourbon can go a long way toward making the perfect cocktail... 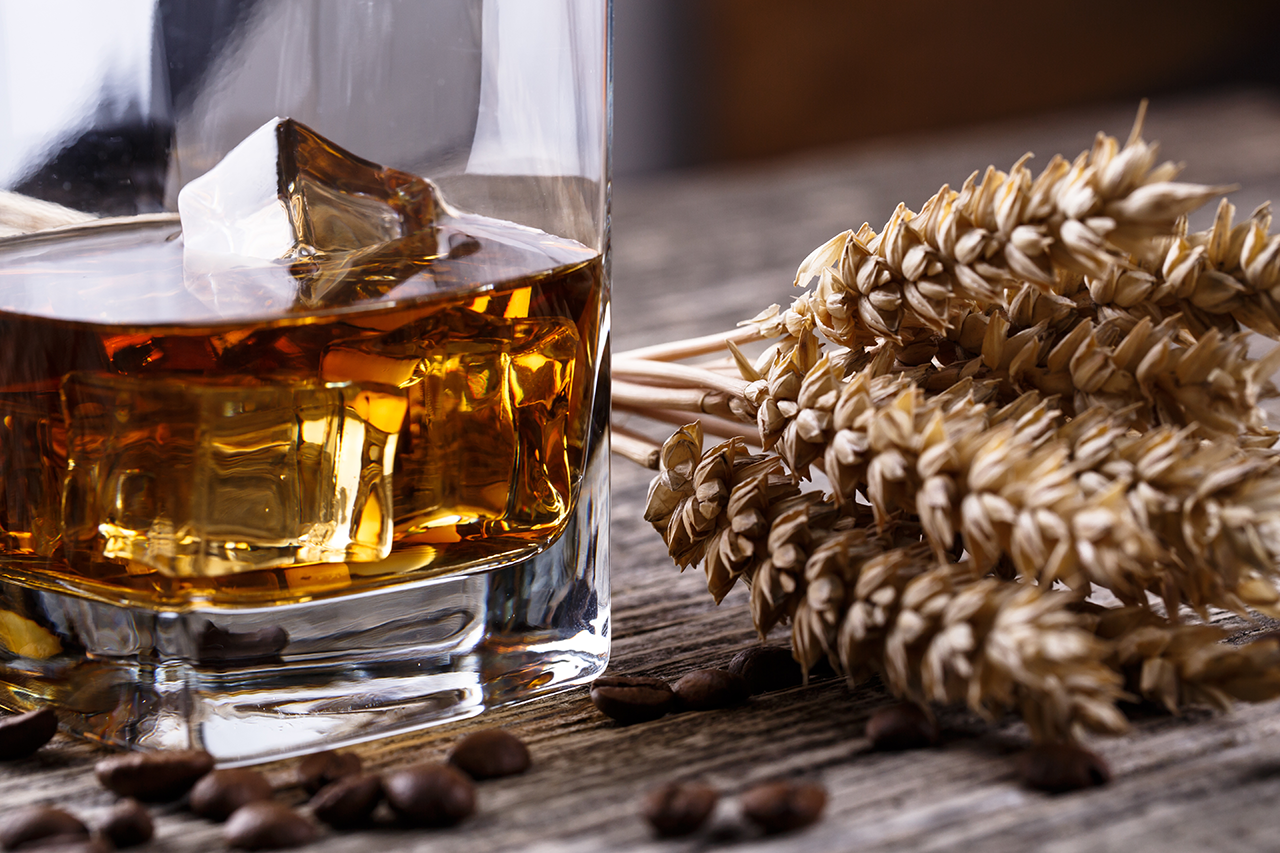 Bourbon and rye whiskey are the two most popular types of whiskey in North America. They are both mainly produced in Canada and the United States. They were both created hundreds of years ago by English, Irish, and Scot settlers. In terms of look and production, they have a dark brown color and have a similar aging process. They make excellent cocktail bases and serve as the main liquor in many famous American drinks.

Rye whiskey has the longer history of the two spirits, created back in the 1600s when immigrants from different parts of the world combined their talents. Rye was created from the excellent rye farming skills of the German and the Dutch. This excess of rye grain then met the whiskey-making skills of the Irish and the Scots. Rye became increasingly popular during the American Revolution in the late 1700s. Citizens in the colonies were being cut off from British supplies, including Caribbean molasses and, therefore, rum. So patriots turned to a more local spirit to quench their thirsts.

Although bourbon has been in the United States since the 1800s, no one is sure of its origins or where it got its name. The two main name theories are it's named after Bourbon County, Kentucky, or it's named after Bourbon Street in Louisiana. And those two locations are both named after the House of Bourbon, a European dynasty. Either way, people heavily associated the spirit with the South and specifically with Kentucky, where 95% of all bourbon is produced. During WWII, as many GIs stationed abroad stated that bourbon was the drink that reminded them most of home.

Also, both are distilled at no higher than 160 proof, enter the barrel at no more than 125 proof, and are bottled at no less than 80 proof, unless you are making Canadian rye. Canadian rye has less official requirements, only that it should taste like rye. If the rye or whiskey is aged in a warehouse for at least two years, it becomes a straight rye whiskey or a straight bourbon whiskey.

Despite the similar ingredients and aging process, there is an obvious taste difference between bourbon and rye. Although the tastes may differ depending on brand, these are the general taste profiles for rye and whiskey:

There are only two main producers of rye — Canada and America.

There are four main types of bourbon:

The aging process can play an important role when it comes to rye and bourbon. In order to be considered a straight rye, it must be aged at least two years. Any rye that is aged less than four years must be clarified on the bottle. Straight rye contains no added colorings, flavorings, or additional spirits. It also carries quite a kick compared to younger rye mixes.

Products aged as little as three months can be called a bourbon. However, to be considered a straight bourbon, it must have a minimum aging requirement of two years. It's agreed that aging bourbon for a few years helps it become more flavorful and interesting. However, allowing it to age over 15 years can result in picking up a bitter taste from the barrel.

Choosing Between Bourbon and Rye in a Cocktail

Traditionally, cocktails were made with rye as it is the older and more established of the two liquors, especially since many cocktail drinks call for sugar mixes and bourbon is already quite sweet. However, in recent years, bartenders have been making drinks with either rye or bourbon, depending on what the patron prefers. Those who prefer their cocktails with more of a kick will choose rye. Those who want a smoother and sweeter drinking experience go with bourbon.

While some people may use rye and bourbon interchangeably, knowing the difference between the two can really step up your cocktail game. Next time you are out at a bar or making a cocktail at home, try using rye and bourbon in different concoctions to see which one suits your drinking style.