What is a double malt bourbon? A single malt whiskey? What about a four-grain triple malt bourbon - a single grain whiskey, or a single malt scotch? These terms can be very confusing, and rightfully so. Many of the monikers used to describe unique characteristics of a bourbon or whiskey expression are used informally and interchangeably. At the same time, they can shed a bright and revealing light on the distilling process - giving the buyer a better understanding of what they're buying and why it should matter. 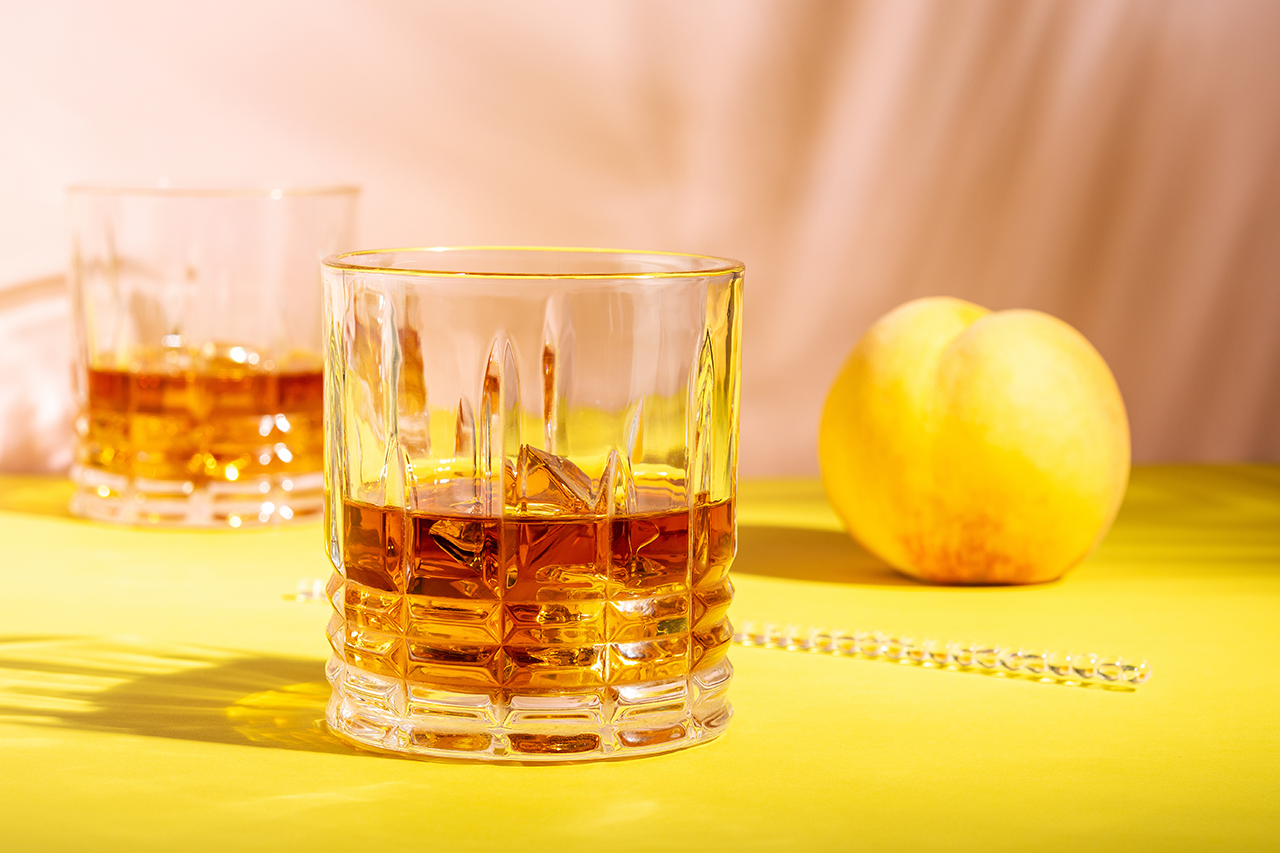 There are significant differences between typical, mass-produced bourbon expressions and those that maintain unique monikers like "4-grain, triple malt bourbon" or "high rye double malt bourbon." These are unique and complex expressions - the result of exploring new and exciting developments in the bourbon industry.

Why Use Malted Grains For Bourbon And Whiskey?

What really is “malting” or “malted grains?” The process of malting grains is basically a process of germination or “sprouting” of the grains. Once sprouted, they are then carefully and methodically dried. The germination process is tightly controlled; and a strategic drying application is used to stop the malting process once satisfactory to the distiller’s mash bill.

It also develops other enzymes called proteases. These proteases break down the complex proteins in the grains into forms that can be easily consumed by yeast in the fermentation process. The point at which the malting process is stopped affects the starch-to-enzyme ratio, and the partly converted starches become “fermentable” sugars. The byproduct of the fermentation process is ethanol (or ethyl alcohol).

Some malted grains also contain small amounts of yet other sugars. These include sucrose and fructose, which are not a result of the starch modification process, rather are already naturally present in the grain. Through this action, further conversion to fermentable sugars is made possible during the mashing process. This can add greater complexity and depth to the taste of the final product.

The whiskey industry is as complex as the subtle notes lying within each sip. Although there is some standardization, there is still so much confusion - especially for those new to bourbon and  whiskey. It is important to know what you are buying - and the process by which it was made.

Single Malt: This refers to a whisky that originates from one single distillery and almost always  uses barley as the primary (or only) malted grain. A single malt is often made from blending different whiskeys together, but all originating from the same distillery as well as being blended at the actual distillery location. Further, specific to American single malt whiskey, it is made from a 100% malted barley mash and it is distilled in a pot-still. If the single malt is made in Scotland or Ireland, it must be aged for at least three years in the country of origin.

Single Cask: Whisky made from malt that has been matured in a single cask. A Single cask, or single barrel whisky, is any whisky produced by aging the whiskey in a single barrel (cask)  without blending it with other casks - even if the casks are in the exact same location.

A sometimes used fourth moniker is “double malt.” When used in the realm of whiskey (not bourbon) making and scotch whiskey production - its meaning has very little to do with the malting process of the grains.

Double malt: Here’s where things get even more confusing. Legally speaking, there really is no such thing as double malt as it pertains to the traditional terminology in whiskey and scotch making. It would be akin to saying it is double sourced from a single distillery. The designation officially does not exist in the realm of whiskey making. However, in some cases it might refer to the number of different grains used in the mash bill, or the number of sourced whiskeys or scotch used in a “blend.”

So, what about a triple malt whiskey? Okay, at this point let’s simply put it this way: A single malt scotch or whiskey is sourced from a single grain at a single distillery. Everything else - be it a double malt, triple malt, etc. -  is essentially a “blend” of sorts. It is either a blend from different distilleries or a blend of different whiskeys or scotch whiskey from one or several distilleries.

What About Malted Bourbon?

Malted bourbon does not necessarily follow the same naming conventions as malted whiskey. Although they may share the same monikers - they are quite different in terms of production and final spirit - as well as the meaning behind the descriptions. Whiskey, scotch, etc. have a set of rules and legalities for production, bottling and sales. Bourbon too has very specific rules for production and even the privilege of being called “straight bourbon whiskey.” More about that here.

In a 4-grain, triple-malt bourbon - the description of the malting process has nothing to do with the location at which it was distilled, nor the aging process or duration. Instead, it focuses solely on the mash bill and distilling process.

So, from this four-grain triple-malt bourbon, we observe there are four grains in total (corn is a grain), and three of these are “malted.” Unlike the case with some whiskeys and scotch whiskey - the word “malt” in the case of bourbon does not mean a geographic location, aging duration or blending option - rather it refers to the actual process of malting the grains as well as the number of total malted grains in the bourbon. As a refresher from above - malting simply means an often complex process of sprouting/germinating a grain to a certain threshold, and then methodically drying the grain before fermentation.

So, is corn ever malted? While some have experimented with malted corn, it is definitely not common. The corn in most mash bills is usually cracked or crushed in order to “open up” the hard outer skin/shell to allow for more thorough fermentation and access to the natural sugars in the corn kernel. As for the other grains; they may be malted or not malted - it is up to the individual distiller and mash bill to determine that.

A four grain triple malt bourbon such as this, however, is exceedingly complex in terms of flavor and distilling process. The added nuances of flavor from honey malted barley are certainly not typical in most bourbons - and almost unheard of in whiskey or scotch.

There is a lot going on under the hood of producing a four-grain triple malt bourbon. It isn’t as simply as measuring out the various percentages required by the mash bill and voila! Bourbon time. No, the process of malting each of the three grains in a very specific way and then introducing the corn (again, in a very precise process involving even more precision in terms of the exact size of the processed kernels), and then creating a symphony by bringing everything together at exactly the right time. Fermenting a four grain triple malt bourbon is not a simple task. So many parts of the process can go wrong; unfortunately the distiller won’t be aware of any issues until years to come after the required aging process is complete.

Now that we’ve covered the role malting serves in the whiskey and bourbon making process - what if another moniker is added; such as “high rye” - as in the case of a “high rye double malt bourbon?” Well, from this name - and being a bourbon - we know it has nothing to do with the geographic location it was distilled in, nor does it have anything to do with blending with other bourbons. We know it means there are two malted grains besides the required corn (remember, at least 51% of the mash bill must be corn for it to be legally called “bourbon”). So, in this case, we know the first and foremost ingredient is corn. So, for a high rye double malt bourbon, it must mean there is a high percentage of not just rye, but “malted rye.”

Most bourbon producers use rye as its flavoring grain. In fact, it is the most common for a traditional bourbon mash bill. If the rye content exceeds 18% of the total mash bill, then it is known as a “high-rye” bourbon.

So, for example, Heigold Kentucky Straight Bourbon Whiskey distilled by Rabbit Hole Distillery (Louisville KY), is labeled a “High Rye Double Malt Bourbon.” It has a mash bill that looks like this:

Essentially, and logically, these are the differences between a four grain triple malt bourbon and a high rye double malt bourbon.

A four grain triple malt bourbon such as Cavehill Kentucky Straight Bourbon Whiskey is going to have a vastly different flavor profile than, for instance, Heigold Kentucky Straight Bourbon Whiskey - which identifies as a high-rye double malt bourbon.  So, the next time you are perusing the aisles of your local spirits retailer looking for a bottle of Kentucky's finest spirit - take a closer look at what the description on a bottle says. The more you know, the better consumer you will be.

This goes a long way in finding what bourbon you find most appealing to your palette; and then exploring variations based on similarities and not hype or marketing lingo.