Gin and vodka can both be made from nearly any fermented food. Possible ingredients include corn, potatoes, rye, wheat, sugar beets, sorghum, barley, carrots, and grapes. Regardless of the base, the resulting ferment must be distilled to produce either gin or vodka... 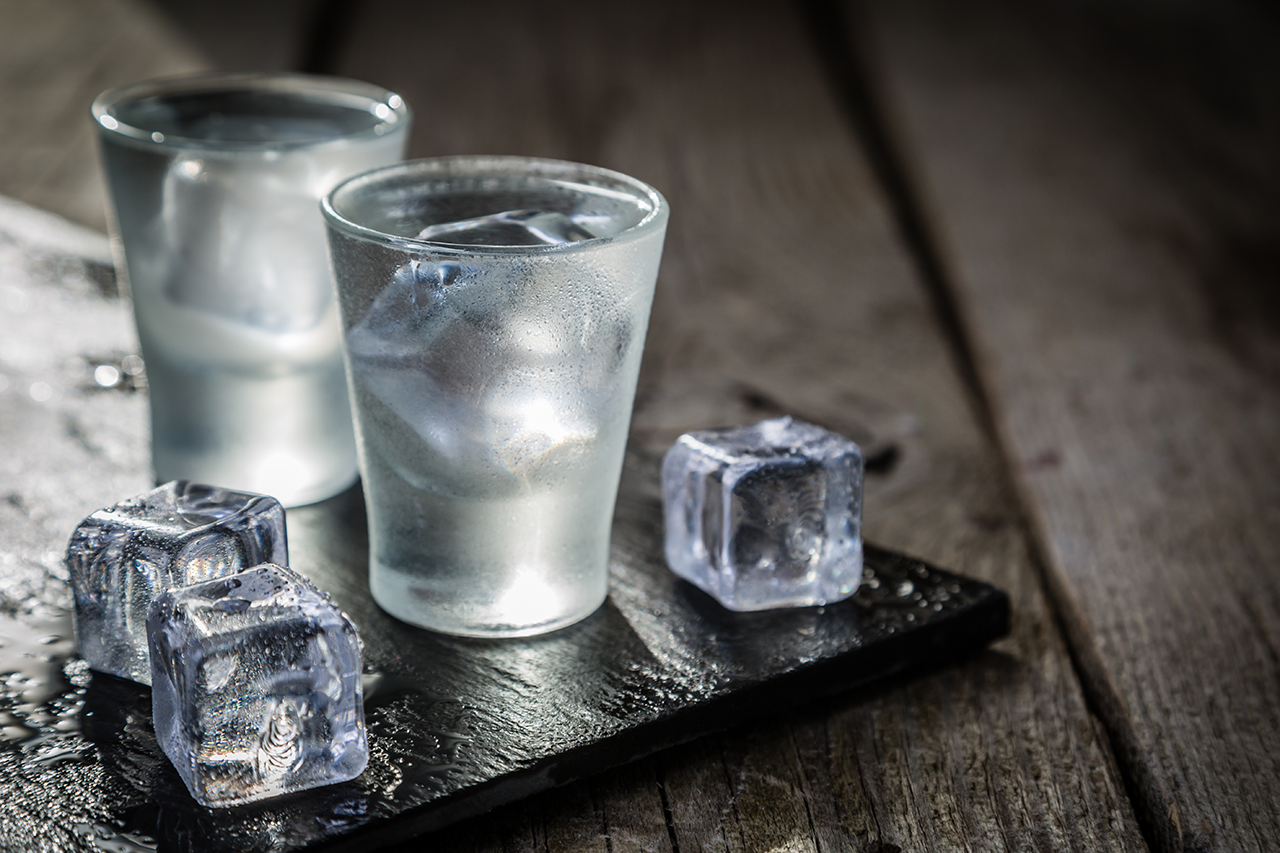 When it comes to clear liquors, gin and vodka are two front-runners that will likely come to mind. Both options offer a wealth of opportunities for sipping or shots. At first glance, gin and vodka are very similar. In fact, they can start out as the exact same product. However, gin takes a very distinct turn later in the production process that sets it apart as a beverage all its own. Here's what you need to know about gin and vodka so you can add them mindfully to your home liquor shelf or well-informed bar order.

The Basics of Gin vs. Vodka

The primary difference between gin and vodka is found right in the name. Vodka is the Slavic word for water. Like water, vodka is meant to be clear and flavorless. The U.S. government's definition of vodka specifies that the liquor should be "without distinctive character, aroma, taste, or color." For this reason, vodka is a wildly popular mixer. It can blend seamlessly with nearly any other beverage to make a delicious alcoholic drink.

The word gin derives from the English word genever. Genever is a derivative of the Latin term for juniper. Appropriately, juniper is the predominant flavor in gin. This herbal taste dominates the liquor, making it a very distinctive choice of beverage that should be mixed mindfully.

The Making of Gin vs. Vodka

Gin and vodka can both be made from nearly any fermented food. Possible ingredients include corn, potatoes, rye, wheat, sugar beets, sorghum, barley, carrots, and grapes. Regardless of the base, the resulting ferment must be distilled to produce either gin or vodka. Producers often distill the liquor multiple times to remove as much flavor as possible. The liquor is then distilled to about 40% ABV (alcohol by volume).

Every gin includes juniper berries, as this is the most defining ingredient in the liquor. Each particular blend uses a different selection of additional spices like cinnamon, licorice, nutmeg, citrus peel, cassia, cubeb berries, coriander, dragon eye, ginger, grains of paradise, and star anise. All told, there are more than 500 botanical compounds that have been used to flavor various types of gin.

Types of Gin vs. Vodka

Holland Gin, also known as Genever, comes from distilled grains. It must feature juniper berries, but there are no other requirements regarding the flavoring agents. This gin can be aged, which gives it a more robust flavor profile that's often compared to whiskey. Old Tom gin is the least distinguishable variety. The only rule for this type of gin is that it must contain juniper.

While there are many types of vodka, this liquor doesn't have such well-defined varieties. Each vodka is unique in its own way, featuring a particular base and distillation method. Some vodkas go through a filtration process as well. Flavored vodkas are the most distinct variety because they step outside the bounds of the traditional definition for this supposedly tasteless beverage.

Some producers use the traditional method of steeping ingredients in the vodka to produce distinctive flavors. Others will add natural or artificial flavor extracts postproduction. Most flavored vodkas are bottled at 70 proof.

Hot to Use Gin vs. Vodka

Traditionally, vodka is chilled in the freezer so it becomes slightly viscous. The vodka is then drunk straight. If the vodka is not sufficiently chilled, you might order it on the rocks or have it shaken or stirred with ice and strained. Modern drinkers may dispense with the traditional consumption of straight vodka altogether and enjoy it as a flavorless mixer.

Some popular vodka cocktails include:

Gin can be thoroughly enjoyed chilled or not. You can sip gin solo to savor the distinctive flavor profile of the beverage. Unlike vodka, which strives to have no flavor, gin is meant to have its own very identifiable taste. If you prefer a more diluted beverage, a gin and tonic is the easiest option.

Once you're familiar with the flavor of a gin, you can identify the best cocktails for the liquor. Seasoned bartenders often recommend contrasting the flavor of the gin with that of the cocktail. For example, you might opt for a more herbaceous mixer with a sharply citrus-flavored gin or vice versa. Some popular gin cocktails include:

The Popularity of Gin vs. Vodka

Vodka is by far the most popular liquor in the United States. In 2021, vodka's sales volume topped 78 9-liter cases in the U.S. Meanwhile, gin sales sat at just under 10 9-liter cases. Gin came in below tequila, rum, and whiskey as well. However, gin is experiencing a notable revival. Microdistilleries love gin because it can be made in under 48 hours. At around 6,000, the number of gin brands exceeds that of whiskey. Gin is the fastest-growing white spirit and one that's certainly worth keeping an eye on as it expands into new distilleries.

Both gin and vodka deserve a place in any well-stocked bar. For subtlety of flavor, you can't do better than vodka. However, if you're wanting to wow with unique botanical flavors in an oft-overlooked beverage, a distinctive gin will do the job every time. Keep both in rotation to make things interesting.