The ingredients are what really set apart whiskey and Scotch. Whiskey is a spirit distilled from a combination of grains like barley, wheat, rye, and corn. The types and amount of grains used in the production process will vary depending on the type of whiskey... 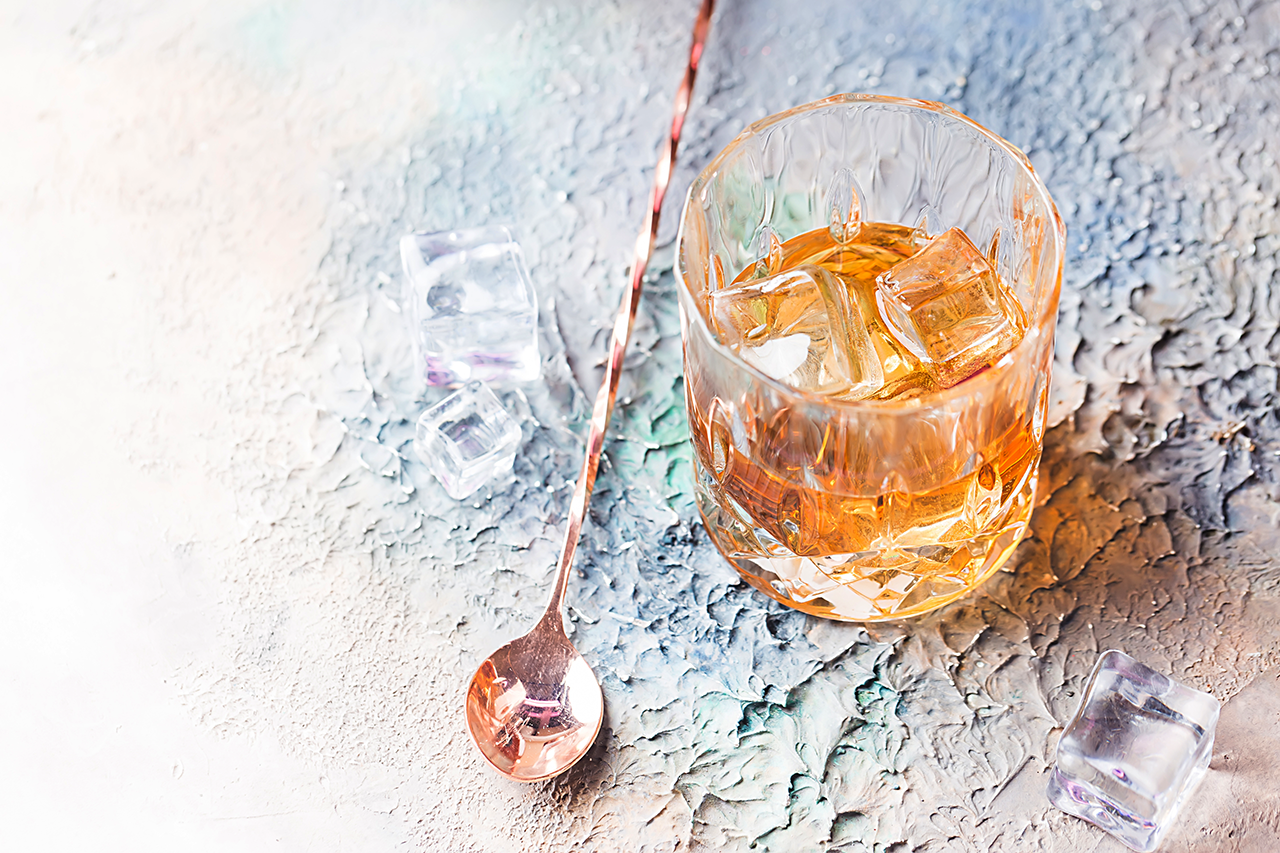 Despite their similar coloring and history, Scotch is very different from whiskey. Knowing the difference between the two can help you improve your cocktail knowledge and expand your drinking palate. Once you understand the difference between Scotch and whiskey, you can then start to learn about the many variations in each type of liquor.

First things first, scotch is actually a whiskey, er, whisky. Whiskey is the spelling in the United States and Ireland. Whisky is the spelling in Canada, Japan, and Scotland. What sets Scotch whisky apart from other whiskies is that Scotch whisky is entirely produced and bottled in Scotland. In this article, we will refer to Scotch whisky as simply Scotch. Both whiskey and Scotch are liquors that are dark in color, can be drunk on their own, or used as a base of a cocktail. However, that is where the similarities end as ingredients — the production method and the resulting flavor of Scotch and whiskey are quite different.

The ingredients are what really set apart whiskey and Scotch. Whiskey is a spirit distilled from a combination of grains like barley, wheat, rye, and corn. The types and amount of grains used in the production process will vary depending on the type of whiskey. Scotch is traditionally only made from water and malted barley. However, now certain types of Scotch can be made from a mix of grains.

There are many variations of whiskey, but the first whiskey comes from Ireland. In fact, the word whiskey comes from the Irish phrase uisce beatha, which means water of life. Irish whiskey was one of the first spirits created in Europe, around the 12th century. When people discovered the New World and moved across the Atlantic, they brought their whiskey-making skills to North America. This resulted in rye whiskey in the early 1600s and eventually bourbon in the early 1800s.

Scotch was an offshoot of Irish whiskey. It was believed that Irish whiskey was introduced to Scotland in the late 1400s. The Scots put their own spin on the drink by using their abundance of peat moss as part of the grain-drying process. Eventually Scotch became so popular in Scotland that it began to be taxed by their parliament in the mid-1600s.

Whiskey made in the United States must be aged in charred white oak barrels. Canadian, Irish, and Tennessee whiskey must also be aged in some sort of wooden apparatus. The production of Scotch is very different. Traditionally, in order for a drink to be considered a Scotch, it must be produced in one distillery out of water and malted barley and aged for at least three years in oak barrels or oak casks. Some distilleries use a peat fire to dry the barley before grinding it and making the mash. This gives Scotch its distinctive, smokey taste.

There are four main types of whiskey:

There are five main types of Scotch:

Obviously, the taste profiles of whiskey and Scotch vary depending on the variation you are drinking. However, there are a few distinctions that will be true for all whiskey and Scotch. Whiskey tends to have a more mellow flavor. Scotch is famous for its more smokey finish, especially if the barley grains are dried by peat fire. Also, when sampling whiskey you may stumble upon a blended whiskey. Blended whiskey is a mix of high-quality spirit whiskeys with less expensive spirits. This happens less frequently with Scotch, and therefore Scotch has a reputation for having a smoother flavor.

The aging process can play an important role when it comes to Scotch and whiskey. Generally, all types of whiskey are aged at least two years. If it is aged any less, there must be a disclaimer placed upon the bottle. Whiskey usually doesn't age beyond 15 years to prevent a bitter taste from being picked up from the barrel.

The aging process for Scotch can be a little lengthier. Scotch is normally aged 3, 10, 15, or 18 years. However, some premium Scotch will be aged over 20 years. As long as it is being produced in a high-quality cask, you can age Scotch for many decades! During this maturing process, many reactions take place between the wood and the liquor. The wood tends to break down some of the rougher flavors found in the Scotch, resulting in a smoother taste as the end result.

Experimenting with different cocktails is a great way to find out whether you prefer the lighter, sweeter whiskey or the smoother, smokier Scotch. Both are excellent spirits with long histories and unique production processes.