Other than the qualities that ensure the product complies with the federal definition of bourbon, the characteristics of a great bourbon are more difficult to isolate. It's evident, however, that some of the best bourbons available have other traits in common, too. 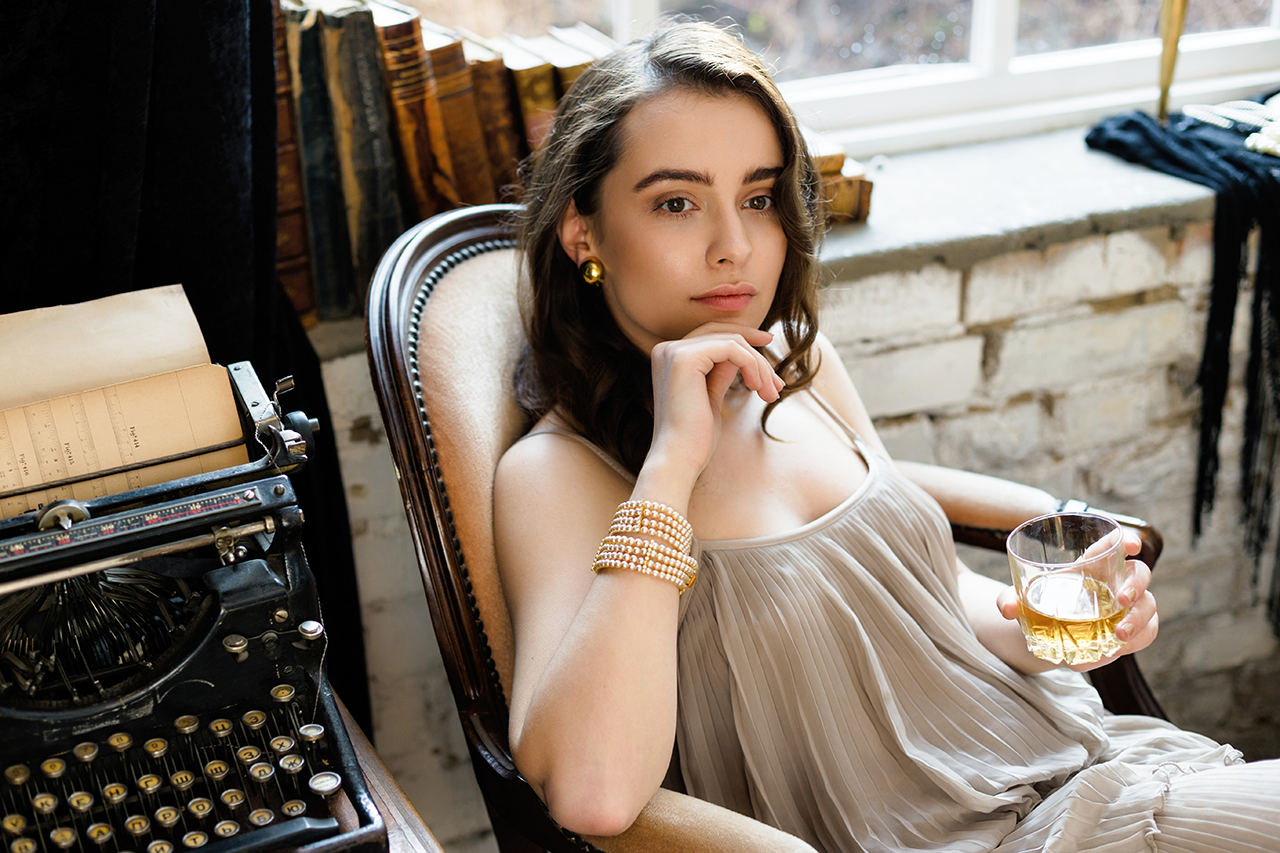 Because of the laws that regulate bourbon production, all bourbons share at least some traits. All are American-made, contain a minimum of 51% corn in their grain compositions, adhere to ABV thresholds at distillation and barreling, and age in unused, charred barrels. Other than the qualities that ensure the product complies with the federal definition of bourbon, the characteristics of a great bourbon are more difficult to isolate. It's evident, however, that some of the best bourbons available have other traits in common, too.

To state it simply, great bourbon – or what some might call “the best bourbon” simply tastes great. Bourbon drinkers have different preferences when it comes to flavor, but they can usually agree on certain taste characteristics, such as how balanced or complex the flavors of a particular bourbon are. The best bourbons are usually neither too sweet nor too sharp. The very best bourbons often have a prominent and rich flavor, such as vanilla or caramel, with complementary hints of various spices, chocolate, cherry, oak, tobacco, or leather. These bourbon notes work together to provide a harmonic “best bourbon” profile, like a symphony or the taste equivalent of a well-practiced band.

This necessarily ties together with the best bourbon's drinkability, as your sense of smell is inextricably linked with taste. Like its flavor profile, the aroma of the best bourbons are usually complex. It's likely that you'll pick up aromatic notes of various types — sweet, fruity, floral, spicy, woody, and grainy. You don't have to be able to pinpoint each particular smell to enjoy the aroma, either. You might just notice something that evokes a sensory memory. The best bourbons almost always have a very pronounced aroma.

The best bourbons also tend to be versatile. You can drink them in any way that suits your mood. Taken neat, the spirit shows off its complexity. Diluting it with ice or a few drops of water can really open up its flavor. In a cocktail, it simultaneously shines and uplifts the other ingredients. The best bourbons can be distinguished not only from other bourbons, but also from the element they may be mixed with. In other words, you can really tell if you have a cocktail made with a truly remarkable, award-winning bourbon and an inferior bourbon.

The best bourbons, historically, hail from Kentucky, also known as the “Bluegrass State.” This isn't to say that Kentucky origins are essential for producing an excellent bourbon or even the best bourbon. In fact, you can find top-shelf bourbons from around the United States, including Virginia, Illinois, Washington, and New York.

However, there might be something about the Kentucky climate that creates the best bourbons money can buy. During maturation, Kentucky temperature and microclimates influence the interactions between the whiskey and the barrel. Warmth expands the liquid, causing it to drive farther into the charred and caramelized wood. Cold leads to contraction, causing the liquid to draw the wood's compounds into itself. Years of this pattern result in a deliciously complex liquor, and Kentucky seems to present the ideal weather conditions to facilitate it. Some would say Kentucky is synonymous with the best bourbons available.

Water is a key ingredient in bourbon — and in any spirit — and it stands to reason that great water leads to great bourbon. Many believe that Kentucky's indigenous water is one of the reasons for the area's wealth of bourbon distilleries. The water naturally filters through a limestone shelf, removing impurities; adding minerals and alkalinity facilitate the production of great bourbon. The best bourbons were made with limestone water.

The mash bill is the grain composition of a spirit, meaning its recipe. The legal definition of bourbon stipulates that the mash bill must be at least 51% percent corn. Most distilleries include much more corn than that in their recipes, and many of the best bourbons seem to maintain a composition that falls within a particular range. This may be a case of correlation-not-causation, but some sleuthing shows that numerous great bourbons have mash bills that feature 68% to 72% corn.

The term "barrel entry proof" refers to the alcohol content of the new whiskey when it enters the barrels. By definition, bourbons can't have a barrel entry proof higher than 125 (62.5% ABV), and many distillers hover around that threshold during barreling. Many believe, however, that a lower proof at barrel entry produces the best bourbon.

There's a bit of science as to why this is so. First, lower barrel entry proof means a higher proportion of water to start, which is smaller than alcohol on a molecular level and, therefore, better capable of driving into the wood of the barrel. The water goes in and brings out the wonderful compounds from the char and caramelized wood sugar. This leads to the second factor, which is that the higher water content facilitates the dissolution and oxidization of compounds, which in turn helps to dissipate some of the rougher flavors in the spirit. There is a science to creating the best bourbon.

Further, the best bourbons typically come from barrels that were toasted and charred. Toasting the barrel first allows for a deeper and more pronounced char level and increases the natural sugar availability in the new oak barrel.

There's a belief among some drinkers that a longer-aged spirit necessarily equates to a better spirit. While there are great bourbons that have been aged 15, 18, and upward of 20 years, there may be an upper limit to how much benefit you can extract from time. Leave it too long in the barrel, and the bourbon may become too woody and lose the character of the grains. With that in mind, many of the best bourbons are often in the 4-to-12-year range. Some, of course, may age a little less, and some may age a little more. There are some bourbons that are considered “best” by many which have only aged as little as two years.

A spirit that's drinkable on its own is a joy to imbibe. At its core, every great bourbon is just that: enjoyable. It not only tastes great, looks great, and feels great, but it also possesses abstract qualities you appreciate long after the glass is empty. In short, it has a certain “X-factor” that keeps you coming back for more. This is – by definition – what the best bourbons should be like.

There are a lot of great bourbons out there to try, and to some degree or another, they embody the traits discussed here. The next time you enjoy a drink, consider the components that went into its making. You may find yourself enjoying the sip a little more.

Also consider this – what one may consider “the best bourbon ever” may be vastly different than popular opinion. It is your money, your taste. We are all unique. Some people love chocolate – others may feel “meh” about it. For those who are not chocolate lovers, does it really matter what someone else says is “the best?”

Find out what makes your bourbon of choice special. See if you relate to the story or admire the process and attention to detail. Go all in. Try something new, unique and make it yours. Go ahead, find your best bourbon!