Toasted bourbon barrels are exposed to less extreme temperatures than barrels charred in a fast burn. Toasted barrels are most commonly used for wine. Bourbon aged in a toasted barrel is a special treat that's more difficult to find... 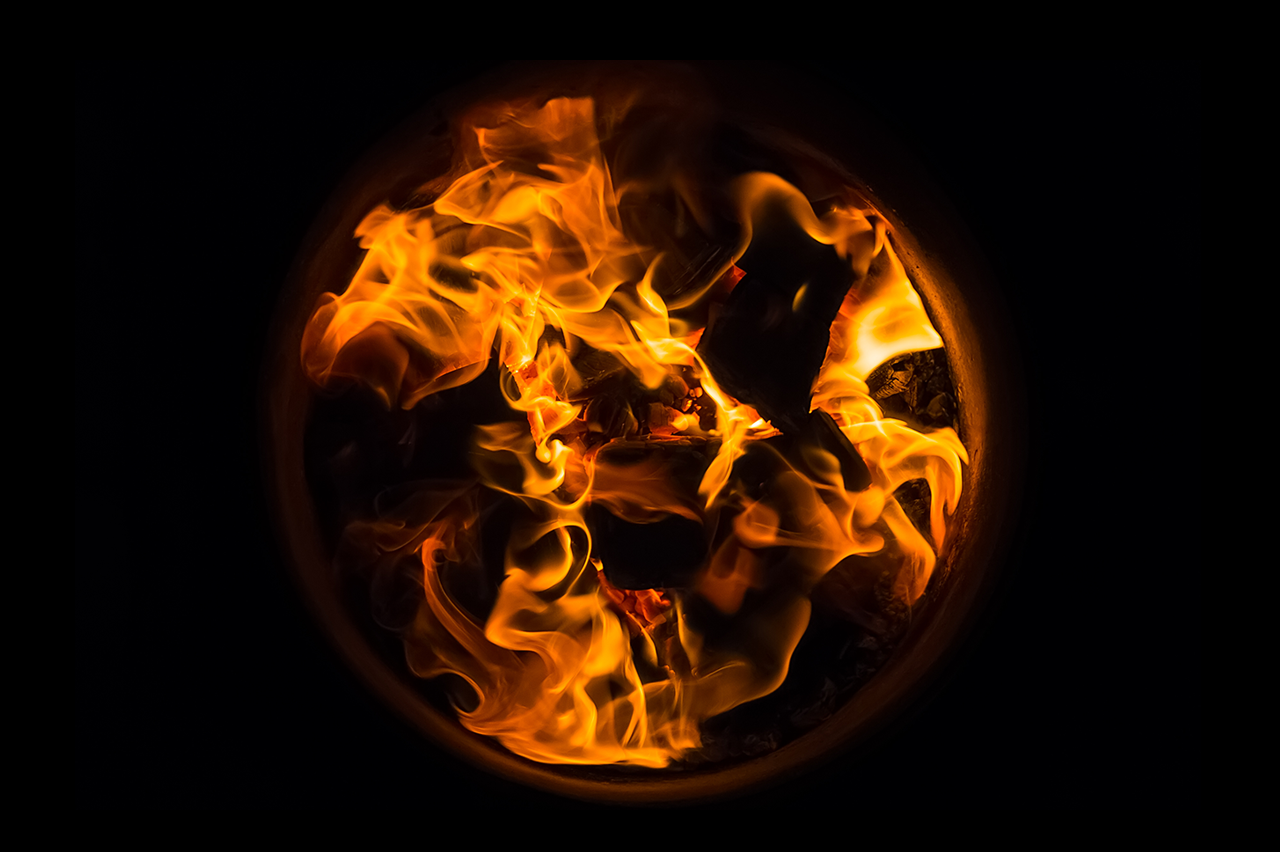 By regulation, for whiskey to count as bourbon, it must be aged in a new charred oak barrel. New production methods also allow for bourbon from toasted and charred barrels that undergo a slightly less intense heating process. Charring or toasting bourbon barrels is an essential part of the production process. This has a distinct impact on flavor.

The level of the char makes a notable difference in the taste of the finished whiskey, so it's worth learning more about what this process is and how it impacts your drink. Soon, you'll know just what kind of charring you want to look for to get the bourbon flavor that you prefer.

What Are Charred Bourbon Barrels?

Charred bourbon barrels have their interiors exposed to an intense open flame that burns the wood at a temperature of 500 to 600 degrees Fahrenheit. The duration of the char varies depending on the level of char desired. Char layers are typically between 1/8-inch to 1/4-inch deep. When the charring is complete, the fire is snuffed out, and the barrel is sprayed with water to stop the burning process.

Why Are Bourbon Barrels Charred?

Though charring came about for this fairly simple purpose, it delivered a host of benefits. While you might assume that bourbon barrels are charred for a smoky flavor, this isn't the case. The process of charring changes the composition of the wood in such a way that it reacts differently with the whiskey inside. Charring breaks apart the wood fibers, releasing compounds otherwise sealed in the wood. Charring also breaks these compounds down into smaller molecules that are capable of dissolving into the whiskey, delivering a number of desirous and delicious benefits.

Charring a barrel essentially lines it in carbon, which is commonly used for filtration. Thus, charred barrels help to naturally filter impurities from the liquor within. Charring also impacts the taste significantly.

How Does Charring Affect Taste?

When wood is heated, the hemicellulose and cellulose present in it separate into sugars. These sugars carry rich flavors such as toffee, caramel, maple, brown sugar, and nut. The oak's lignin fibers also separate, providing distinct flavor profiles. The oak may contain particles such as vanillin, which provides a vanilla taste, or eugenol, which tastes of cloves. The more a barrel is charred, the spicier the lignin's flavor contribution becomes.

Oak lactones contribute a mild coconut flavor. This taste is more pronounced in lightly charred barrels. A deeper char will damage the lactones, nullifying their effect.

The wood's tannins are released in the charring process as well. After the barrel is charred, it's left to dry out. This removes the harsher tannins that you don't want in your drink. The remaining tannins are more desirable. These will mellow the interaction between the spirit and tannin throughout the maturation process.

The oak variety and place of origin contribute to the wood's unique makeup. Every type of oak is different, with a distinctive profile of lignin, lipid, cellulose, and hemicellulose.

What Are the Char Levels?

There are four different char levels that most distilleries ascribe to.

The Level 1 char is the most common choice for homebrewers. Most breweries prefer a Level 3 char for their bourbons. The intense Level 4 char is also known as an "alligator char" for the rough texture the wood takes on after this serious charring of nearly a full minute in length. This distinctive texture enhances the filtration available within the wood by allowing the bourbon to pass through the deep fissures that have been created by this effect.

What Are Toasted Bourbon Barrels?

Toasted bourbon barrels are exposed to less extreme temperatures than barrels charred in a fast burn. Toasted barrels are most commonly used for wine. Bourbon aged in a toasted barrel is a special treat that's more difficult to find. The toasting process exposes the interior of the barrel to a smaller flame for a longer period of time. This allows the heat to penetrate deeper into the wood.

How Does Toasting Effect Taste?

Toasted barrels have many of the same flavor advantages as charred barrels. The wood still begins to break down and release its delicious compounds. A toasted barrel typically delivers flavors of spiced vanilla. Toasting the wood, allows for better control of the finished bourbon vanillin, vanilla, and final color. Toasting the barrel and then charring them to a desired level of char is a delicate dance; for consistency, the toasting and char level must be near identical among several hundred – or even several thousand bourbon barrels.

Distillers who take on this task realize it is yet another display of artistic capability and ultimately, another point of differentiation with their product among a highly saturated market. If it is done right, the result is something truly unique and indulgent. Many bourbon connoisseurs look beyond the standard age statements, and are very interested in finding expressions labeled as “toasted and charred.” This is a subtle signal that tells the consumer there is a lot more to that expression than with most others.

Can You Toast and Char a Bourbon Barrel?

Toasting and charring are not mutually exclusive effects for a bourbon barrel. Many distillers use both methods. First, they toast the barrel for an effect that penetrates deep into the wood. Once toasted, the barrel is charred to the desired level for that flash of added flavor. Combining these two tactics can yield rich and complex bourbons.

Some bourbons will specify the method of toasting and/or charring on the bottle. For others, you may have to do more research. Experiment with bourbons from differently toasted and charred barrels to find the flavor you like best. There is a wealth of options available, and some thoughtful sipping can help you begin to identify the finer varieties and more subtle differences in these products.

Remember, toasting and charring barrels is an art form by itself. If we consider all fo the differentiating nuances that exist among producers and distillers of fine bourbon, toasted and charred barrels is yet another dynamic to consider if you are ready to go further down the bourbon Rabbit Hole.