Bourbon is a popular spirit that many people enjoy drinking on its own, paired with food items, and mixed into cocktails. When you're looking for the best bourbon to try in 2022, be sure to include these top-rated options on your list. Each offers its own unique flavor profile and mash bill, created by a distillery that focuses on creativity and innovation... 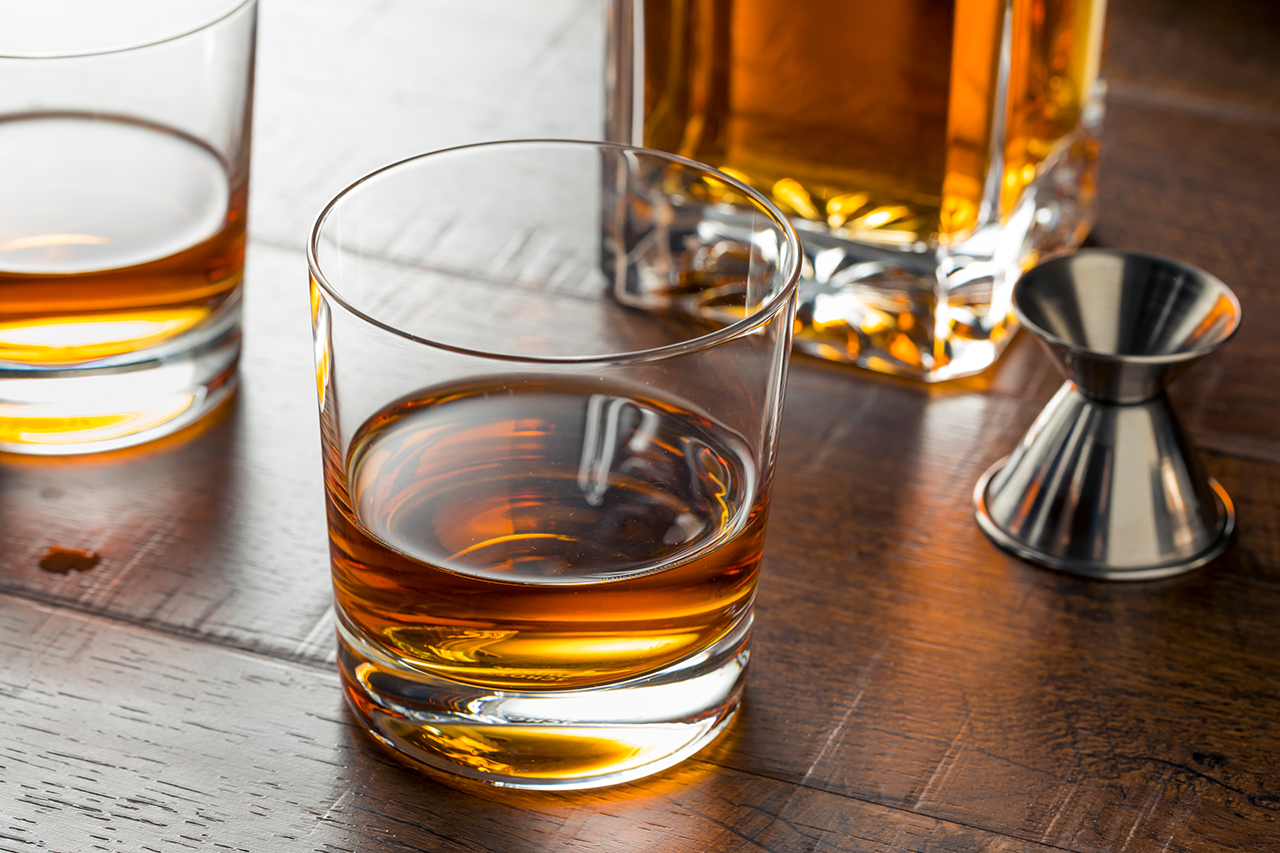 Cavehill Kentucky Straight Bourbon Whiskey is one of Rabbit Hole Distillery's best bourbon options. It's extremely popular among fans of the spirit thanks to its deep flavor and specialized mash bill. After winning gold at the John Barleycorn Awards in 2021, this spirit set a new standard as one of the best bourbon choices in the United States.

The bill includes 70% corn, 10% malted wheat, 10% malted barley, and 10% honey malted barley, delivering a sweet and spicy aroma. The palate boasts creamy flavors of mint, honey, and orange, along with a hint of toasted grain. Its finish features vanilla and custard notes, so it pairs well with desserts and other sweets. You can also mix it into a mint julep, a popular cocktail to make with bourbon.

Every type of bourbon made by Rabbit Hole Distillery, including Cavehill, spends some time in a toasted and charred oak barrel. The aging process varies depending on the type of bourbon being produced, but the bourbon always remains in its barrel for a minimum of two years to improve its flavor. We only produce our bourbon in extremely small batches, with no more than 15 barrels harvested. Additionally, the bourbon we provide to our customers is never chill-filtered and starts at a low-entry proof to maximize the flavor.

If you want to try a high-rye double malt bourbon, pick up a bottle of Heigold Kentucky Straight Bourbon Whiskey. It earns a spot on the list of best bourbon options to try in 2022 because it packs a flavor like no other. This award-winning bourbon recently earned the Best Kentucky Small Batch Bourbon award at the World Whiskies Awards in 2022. It also took gold at the John Barleycorn Awards and Platinum at the Sip Awards in 2021.

The name comes from a German immigrant who worked as a stonecutter after immigrating to the U.S. and settling in the hills near Louisville, Kentucky. Heigold applied his ingenuity to craft stunning renditions of American heroes and patriotic symbols, pledging his allegiance to his new country. The distillers at Rabbit Hole Distillery honored Heigold by naming this bourbon after him, feeling impressed by his imagination, spontaneity, and ability to inspire others.

The mash bill of Heigold bourbon is 70% corn, 5% malted barley, and 25% malted rye. Its aroma includes sweet toasted malt tones, while the palate boasts bursts of citrus and butterscotch. As you finish a sip, you'll notice comforting elements of spice and pepper. It's also barreled with a low-entry proof in a charred and toasted barrel. Try mixing it in an old fashioned, as the citrus notes complement the orange peel oil and Angostura bitters. It also pairs nicely with smoked brisket, as the high-rye flavor tastes amazing with the smoky aspect of the meat.

Fans of sweeter spirits might think that Dareringer Straight Bourbon Whiskey is the best bourbon available from Rabbit Hole Distillery. This unique bourbon finishes in a sherry cask, giving it the fruity flavor of the popular alcohol. Dareringer also received several awards this year, including the Double Gold at the World Spirits Competition in San Francisco and the Gold at the 2022 World Whiskies Awards.

The wife of the company's founder inspired this particular spirit, as she helped lure her husband away from scotch and toward bourbon. Her sweet and charming personality won him over, leading him to start crafting his own bourbon blends. The sherry casks in which Dareringer spends time aging come from Spain, and they're handmade by the staff at a family-owned vineyard.

As one of the best bourbon options available, Dareringer features a mash bill of 68% corn, 18% wheat, and 14% malted barley. At first sniff, you'll notice the sherry aroma, complemented by traces of caramel and cherry. The palate features a hint of almond and vanilla, along with the taste of raisins, currants, and cherries. Its light finish has a touch of dryness, making it ideal for a post-meal cocktail or alongside a charcuterie board with aged cheese and salty meats.

Inspired by fighters in Louisville rings, Boxergrail Kentucky Straight Rye Whiskey is a lively spirit that ranks highly on the list of best bourbon options to try in 2022. It celebrates the city's rich boxing heritage and honors the fighters who clawed their way to the top and became masters of the ring. The mash bill is 95% rye and 5% malted barley, creating a unique flavor that pairs well with smoked meats and milk chocolate.

The aroma features notes of butterscotch, spice, and brown sugar, while the palate has bright floral notes and citrus flavors. As you finish a glass, you'll notice the sweet spice and black tea. It's also slightly herbaceous in flavor, making it one of the best bourbon choices to pair with a grilled salmon filet and other seafood dishes.

Want to mix your bourbon into the food you're eating? Try whipping up a batch of bourbon chicken made with one of the best bourbon options on this list. This Asian-inspired recipe tastes great when served over white or brown rice and paired with an old fashioned or a Kentucky mule. If you want to sample something sweeter, whip up some bread pudding topped with a sweet and buttery bourbon glaze. Use Dareringer bourbon, as the fruity flavor makes it the best bourbon for this recipe.

Add some adventure to your cocktail selection by incorporating these top-rated bourbon options from Rabbit Hole Distillery. Each has its own unique flavor profile and aroma, so you can use it in your favorite beverages or simply sip it after a meal and savor the taste.