BOURBON BARRELS:
HOW IT'S MADE 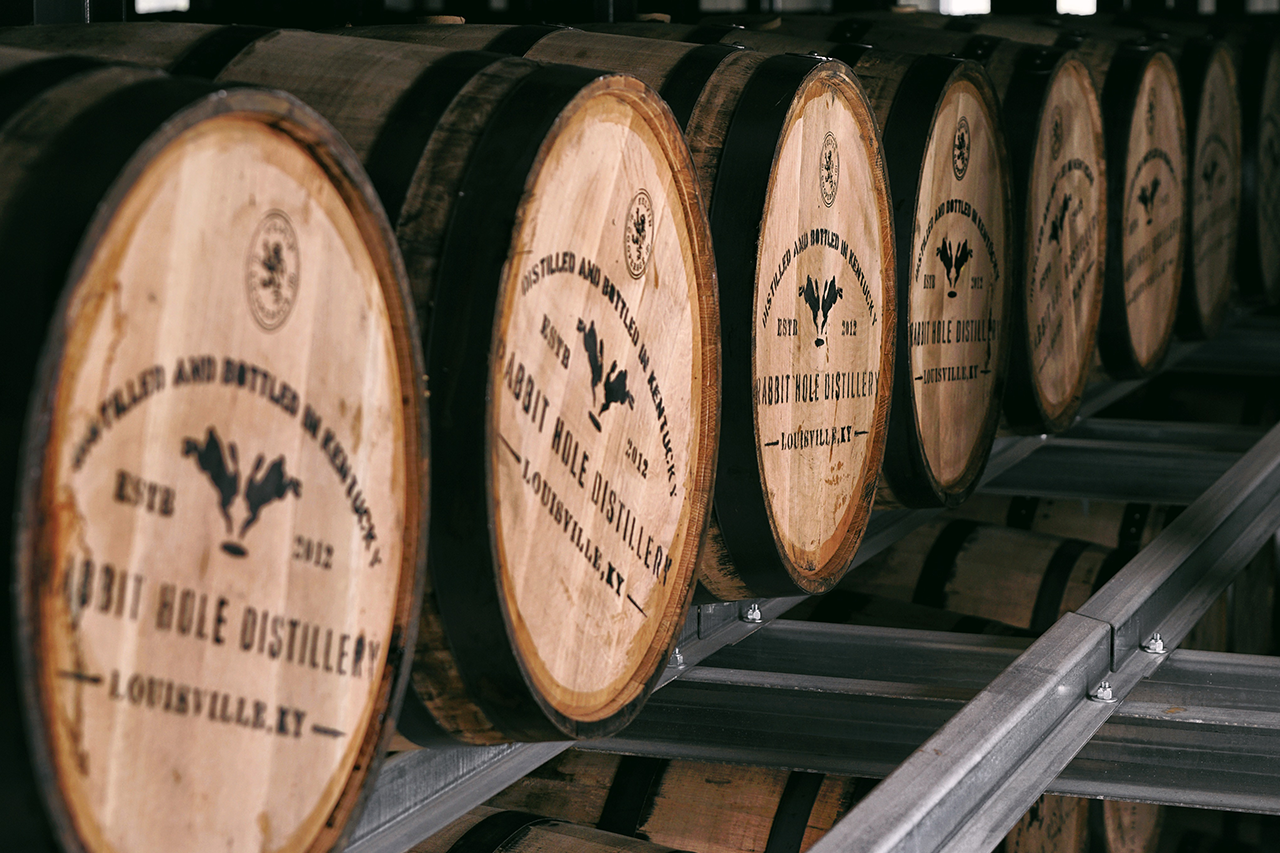 When it comes to truly understanding how bourbon is made, you need to look into the way a bourbon barrel is crafted, the different parts of the barrel, and how it's used.

How Bourbon Barrels Are Made

Bourbon barrels are typically made from oak. There are three main reasons why oak is the preferred material for bourbon barrels: it's durable, strong, and porous. The porousness of the wood helps to prevent any leaks, which is important for holding large quantities of liquid. During the aging process, bourbon also flows in and out of the porous holes to enhance its flavor.

Before oak is made into a bourbon barrel, it needs to go through a process called seasoning. This means that it's left outside to dry. The process can take anywhere from six to 24 months. The wood sits out no matter the weather. This helps break down any compounds and release tannins.

Once the oak has dried, it's shaped into a barrel. After it's taken shape, the barrel moves to the charring stage. A bourbon barrel is burned for a certain length of time, from a few seconds to a few minutes. During this stage, some of the elements of the wood are changed to give bourbon its signature taste and smell. The caramel color can also be contributed to the charring process.

In the United States, there are four levels of char. The amount of time the wood is torched for is what determines the level of char. The first level of char means the wood is only charred for 15 seconds. The second level has the wood charred for 30 seconds. The third level is 45 seconds, and the fourth level is 55 seconds. The fourth char level is also referred to as "alligator char" because of its texture. The darker the char, the more caramelization, and the sweeter, smoky taste bourbon will have.

Parts of a Bourbon Barrel

There are seven different parts of a bourbon barrel. All of them play an important role in the bourbon-making process. They are:

An interesting note is that bourbon barrels don't use glue to hold them together. They're made with dowels, holes, and some wax.

There are many distinct differences between scotch and bourbon, but one of the biggest is what kind of barrel is used to age the liquor. Scotch is put into an old and used barrel. Some believe that this waters down the flavor that a barrel gives the spirit. Bourbon is poured into a new barrel. The barrel is charred and made from oak.

The time that the liquid sits in a bourbon barrel is also very important. Again, this is another area where scotch and bourbon differ greatly. To consider the drink straight bourbon, it needs to be in a barrel for at least two years. Most distilleries believe that bourbon should be kept in a barrel for six to 12 years.

Scotch, however, is aged in a barrel between 15 and 30 years. The reason scotch is kept in a barrel much longer is because of the colder climate in Scotland. It can also take more time to extract flavor from a used barrel.

Other Ways To Use a Bourbon Barrel

Most bourbon barrels have a life span of about 60 years thanks to the careful craftsmanship of their manufacturers. Even though a barrel can last for decades, U.S. law states that a bourbon barrel can only be used once. Whether a distiller uses a bourbon barrel for two years or 12, once they remove the bourbon, they dispose of the barrel.

Even though distilleries cannot use the same barrel twice, people can still use a bourbon barrel for many purposes. Some individuals dissect the barrel and use the parts. The staves, hoops, and heads are often repurposed for gardens, home furnishings, or furniture.

It's important to note that other spirits companies aren't held to the same standards as the bourbon industry. The used bourbon barrels can be used to enhance the flavors of rum, tequila, and beer. Even jam, honey, maple syrup, and tea companies can take advantage of the delicious flavors left behind in a used bourbon barrel.