Rabbit Hole Distillery was founded to create original, one-of-a-kind spirits for discerning drinkers. We don't take shortcuts and pride ourselves on creating some of the best spirits produced anywhere... 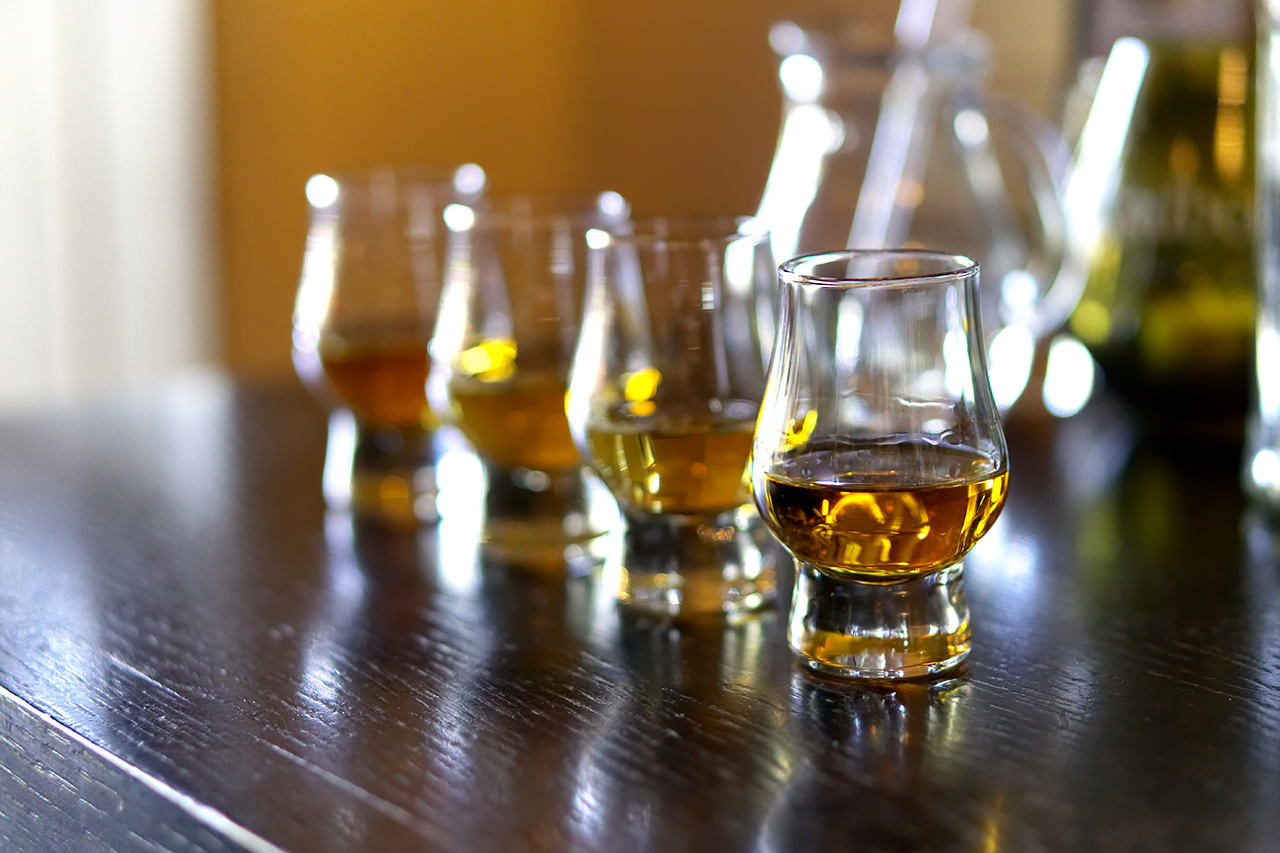 Some people think the best bourbons have to be expensive. However, there are many affordable options. If you are searching for the best bourbon under $100, look no further than Rabbit Hole Distillery. Rabbit Hole Distillery was founded to create original, one-of-a-kind spirits for discerning drinkers. We don't take shortcuts and pride ourselves on creating some of the best spirits produced anywhere.

Finding the best bourbon under $100 is easy when you opt for one of our signature bourbon and whiskey products:

Before aging our whiskeys, we slowly toast the barrels over a wood-fired flame before they undergo charring. Toasting the barrels first allows the sugars from deep within the wood fibers to mingle with the distillate. This added step gives Rabbit Hole whiskeys unparalleled flavor and complexity.

As its name suggests, our Cavehill Kentucky Straight Bourbon Whiskey comes from four grains with a bourbon mash bill consisting of:

All secondary grains are malted, which provides incredible depth in Cavehill's flavor profile. Cavehill is aged in hand-picked American white oak barrels from Kelvin Cooperage, with no more than 15 barrels blended to create the final product.

On the nose, you should pick up honey and fresh apple notes. You'll find creamy honey, orange tones, toasted grain, and mint on the palate. It finishes with lovely vanilla and custard notes.

Robb Report named Cavehill one of the 25 best bourbons of the 21st century (so far), recommending it as an anchor bourbon for an old fashioned or standing on its own when served neat. If you're looking for the best bourbon under $100, you can't go wrong with Cavehill.

A high-rye bourbon is made with a higher rye grain content than you might find in a typical bourbon. Our Heigold is a double-malt bourbon made with:

Before it goes into the barrel, we proof it down to 110, resulting in a decadent and rich bourbon void of harsh burn flavors. The Heigold is aged for three years in toasted and charred American oak barrels from Kelvin Cooperage.

You'll find sweet, warm baking spices and toasted malt tones on the nose. On the palate, you'll get bursts of citrus fruits and butterscotch. Heigold finishes with some nice pepper and spice. It's a high-proof bourbon that is great to enjoy neat, on the rocks, or in a cocktail.

Our Heigold Kentucky Straight Bourbon High-Rye Whiskey is one of the best bourbons under 100 dollars you will find on the market. It has won numerous awards, including:

Our Dareringer Straight Bourbon is finished in Pedro Ximenez sherry casks for six months after the initial aging process in alligator char barrels is complete. It is one of the most beautiful sherry-aged bourbons and definitely the best bourbon under $100 dollars. Dareringer is made with a mash bill consisting of:

On the nose, you'll find apparent sherry notes combined with caramel and cherry traces. When you taste a Dareringer, you'll find red fruits, raisins, and hints of vanilla and almond. The finish is lighter than you might expect, with a touch of dryness.

Pedro Ximenez sherry, also called PX, is a sweet dessert wine from Spain. The PX winemaking process is unique, requiring the grapes to undergo a sun-drying process before pressing. It is a labor-intensive process that requires someone to spread the grapes and turn them over once a day while removing rotten grapes and watching for pests. Storing whiskey in used PX sherry barrels is nothing new, but the aging of straight bourbon whiskey is not as typical.

You might assume that aging a bourbon in sherry barrels means it's no longer a straight bourbon. However, using sherry barrels to impart flavor in aging is allowed, provided you first meet all the official bourbon production rules. With Dareringer, the six extra months in the PX sherry barrels provide incredible depth and flavor, more than a straight bourbon whiskey. If you like sweeter bourbons, this is truly one of the best bourbons under $100 on the market.

Our Boxergrail Kentucky Straight Rye Whiskey is the least expensive of our four signature bourbon and whiskey products, providing great value for those looking to get into whiskey and bourbons. If you want an award-winning versatile whiskey, Boxergrail is one of the best. It is a sour mash rye whiskey, which is not as sweet as bourbon or Tennessee whiskey. You might find the taste to be more spicy and peppery. It's made with 95% rye and 5% malted barley.

Look for hints of brown sugar, spice, and butterscotch on the nose. When tasting, try to identify the herbaceous and floral notes. You might even find a hint of citrus. The finish is where you should pick up the spice and pepper notes.

Boxergrail is perfect when served neat, on the rocks, or as the main anchor for a whiskey cocktail. It's won multiple awards, including a Gold in the 2021 Sip Awards.

Finding the best bourbon under $100 comes down to personal choice. You can find far more expensive whiskeys and bourbons. Triple-digit price tags don't necessarily mean they are automatically better spirits. Some of the best bourbons under 100 dollars options have won countless awards too. As you learn more about bourbon, you'll realize drinking bourbon is an entirely personal experience. What you enjoy is likely to differ from your friends, family, and significant other.

If you are shopping for the best bourbon under $100, look no further than Rabbit Hole Distillery. With three award-winning bourbons and a rye-whiskey — all retailing for under $100 — you are bound to find one that suits your personal tastes.