If you love whiskey, then you may be looking for fresh and unique ways to enjoy the delicious and complex flavors of your favorite brand. One excellent way to get the maximum benefit out of a delicious bottle of whiskey is to use it in your cooking and baking, bringing the flavors you love to drink into the food you love to eat... 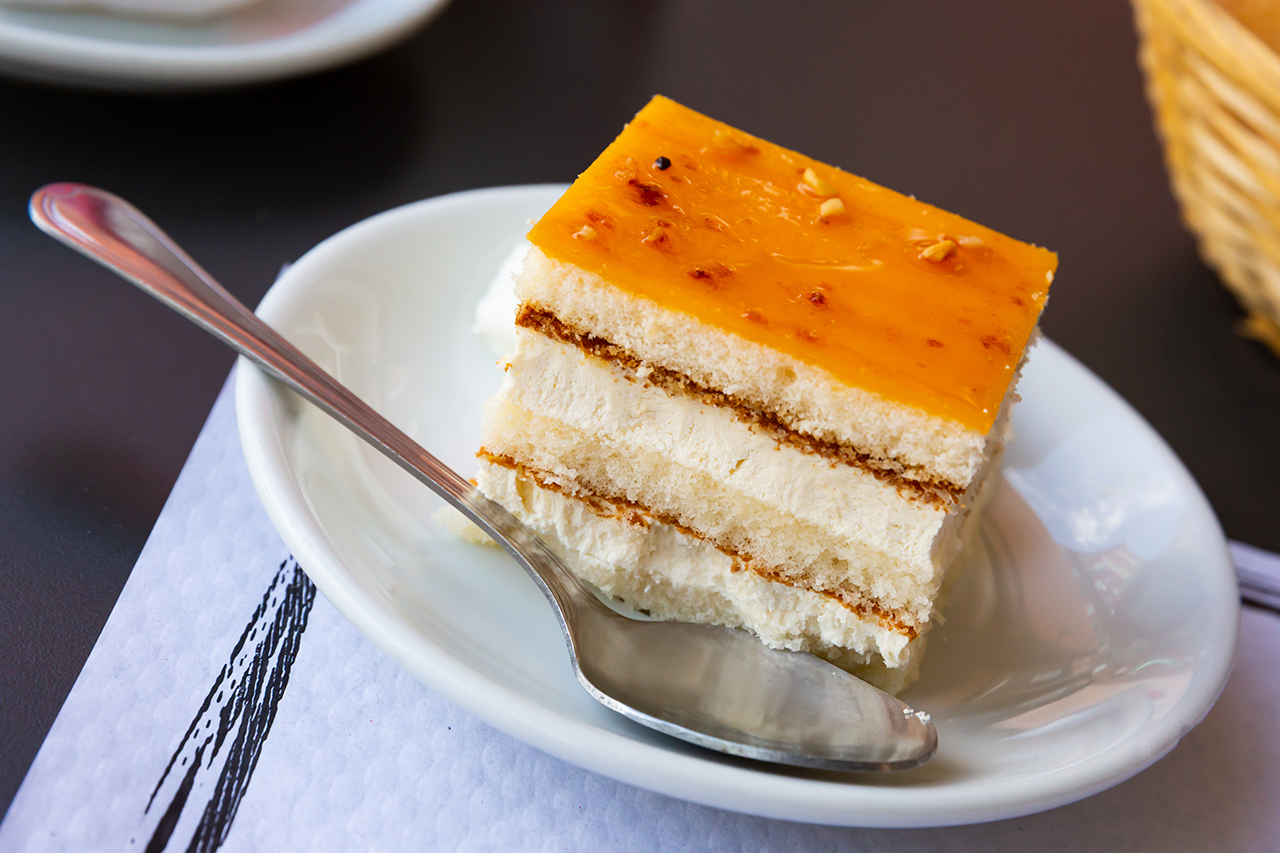 Whiskey cake is a popular whiskey-infused dessert with a history that stretches back to before the formation of the United States.

Sharing this history of whiskey cake can help you learn about one of the most popular bourbon treats, so you can see everything whiskey cake has to offer.

What Is Whiskey Cake?

Whiskey cake, also sometimes known as tipsy cake, is a baked treat featuring fruits, nuts, and whiskey in its mix. This results in a cake that's spongy and delicious while also containing a mix of textures and flavors to provide an enticing bite on the fork every time.

Whiskey cake is part of a family of liquor-infused baked goods that have been popular for many centuries. Using alcohol in baked goods may have benefited bakers significantly in an era when alternative methods of preservation weren't as widely available or simply not invented yet. Making a cake with alcohol infusion allowed bakers to make food that remained edible for longer, making it a highly useful skill to have. Therefore, some recipes call for baked goods using other alcohols in the mix that provide the same preservation benefits, each offering their own unique flavors.

When Was Whiskey Cake Invented?

Whiskey cake is a historical recipe that has withstood the test of time. The earliest writing about it extends as far back as the 1700s, with the delicious baked good providing a tasty treat for Irish families in the 18th century.

The story of how whiskey cake came to the U.S. has something in common with how the country became a key player in the whiskey community. As with the drink that gives it its name, whiskey cake soon found its way across the Atlantic Ocean as European colonists migrated to the Americas, bringing their favorite dishes with them. Once imported to the colonies, whiskey cake proved to be just as much of a success with the colonists as it was with their relatives across the sea.

Whiskey cake has no shortage of fans; however, there may be none so famous and integral to the history of the U.S. as General George Washington, the Revolutionary War hero and first President of the United States of America. The Emmy Award-winning show "A Taste of History" even identified the cake as Washington's favorite and provided a recipe that's likely the same one enjoyed by Washington himself. It wasn't just a personal treat for Washington either, as he often shared the cake with guests who visited him at his famous Mount Vernon estate.

It's no surprise that a veteran like Washington would have enjoyed the whiskey cake, as it's not only delicious but would also be an excellent option for deployed soldiers in the field because battlefield amenities were sparse. The whiskey infusion in the cake could help it last, while including nuts and fruit helped to raise its nutritional value. This makes it an ideal option for keeping troops happy and healthy when on deployment.

Traditional whiskey cake is a simple recipe, comprising little more than a single-layer cake similar in consistency and content to a fruitcake. Through the centuries, however, many chefs have seen fit to make their own additions and modifications, adding an extra level of style and flavor to their recipes.

More adventurous and modern whiskey cake recipes call for extra flair, such as additional layers and delicious frosting. Adding a frosting or glaze makes for a layer of sweet flavors that complement the savory and spicy nature of the traditional whiskey cake recipe. This creates a more complex flavor on the palate and allows for the creation of some eye-catching, multi-tiered cake designs.

Does the Alcohol Cook Off When Baking Whiskey Cake?

Alcohol is common in food preparation as a primary ingredient, base, or cooking aid. Although it's true that when preparing meals with alcohol, a portion of the alcohol burns off during the baking process, it's important to understand that not all the whiskey in a whiskey cake cooks off while your cake is baking in the oven.

Although the alcohol content of a whiskey cake decreases while you bake it, the cake remains an alcoholic product even after you remove it from the oven. This is why it's important to always ensure that you and others consume your whiskey cake responsibly, just as you would a glass of whiskey or a whiskey cocktail. By eating responsibly, you can enjoy a delicious slice of whiskey cake safely, allowing you to savor it to its fullest.

Anytime a recipe has lasted through multiple centuries, it's likely a sign that its creators were onto something when they came up with the first edition. As the recipe continues forward into its fourth century, you can rest assured it provides a fantastic opportunity to enjoy a traditional treat just as those in the past would have enjoyed it or with a modern twist to bring it into the 21st century.

No matter how you enjoy your whiskey cake, remember that "whiskey" is in its name for a reason. The whiskey you choose has a key role to play in creating the final flavor profile for your cake. Choosing a rich and flavorful whiskey ensures you'll have a rich and flavorful cake. When you bring it out to the table, you and your guests are sure to love this classic culinary delight.